Hello! St Louis Style Blog has moved! If you are seeing this, it means you are viewing our old blog. Please navigate your browser to www.stlouis.style and add it to your bookmarks. Same blog, same posts, new look!

This is a new venue in The Grove. You will have to check it out! You can view upcoming shows and purchase tickets on their website, which can be found here. You can also find the FaceBook page here.

Posted at 06:51 AM in Happening in STL, Music, Stylish Nightclubs/Bars, Theatre/Movies | Permalink | Comments (0)

What was that hover over the crowd at Scottrade Center Wednesday.... Cher!

Fabulous concert! At 68 she is going strong!

What a treat to see Kim Massie perform at the Realtors Housing Assistance Fund Benefit last night at The Sheldon.  I took my mother to see her perform... the only other time she saw Kim perform was at a funeral. This was more joyful...though I want Kim to sing at my funeral....I think/hope I will outlive her.

Sunday I went to a lovely party at the City Gardens. The host entertained us with Miss Jubilee and her band. Miss Jubilee was a fun, quirky entertainer who specializes in Jazz, Swing, Rhythm & Blues form the 1920's to the 1950's.  miss-jubilee.com  314-645-7220

Last year I caught Bettye LaVette at The Sheldon.  I had never heard of her and was thoroughly surprised by how much I loved the show.  From the Tina Turner era...though never gained much notoriety until now.  Go....you will thank me!

"Great singers in jazz, blues and soul have regularly taken on the Great American Songbook — but then again, so has Rod Stewart. So forgive Bettye LaVette, the most devastatingly emotional singer on the planet, if she bypasses that hallowed ritual and stalks the British Rock Songbook on her latest album. Do you really want to hear LaVette, whose career has gone stratospheric after decades of industry neglect, tackle the hits of Led Zeppelin, Ringo Starr, the Stones and Pink Floyd? Yes, you do, if you still care about the pure power of interpretive singing too muscular and self-possessed for genre distinctions, the undiluted vocal force of a woman who approaches some classic rock songs like a struggle with cosmic forces — and body slams them all.— Roy Kasten"

I so rarely go to a concert, though last night I saw Lady Gaga at The Fox.  She was fabulous.  The dancing was extravagant, the crowd dynamic....and the speakers were loud.  My ears are still ringing this morning.  Lady Gaga is a real talent who will just get better and better.  I just hope she keeps coming to see her fans in St. Louis! 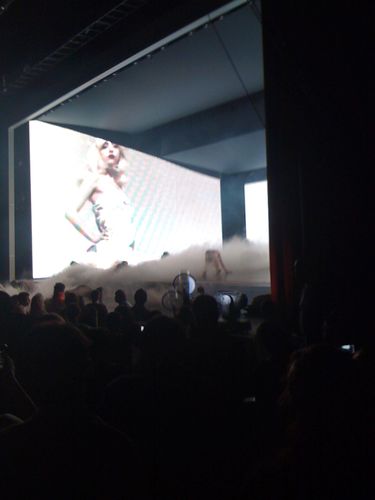 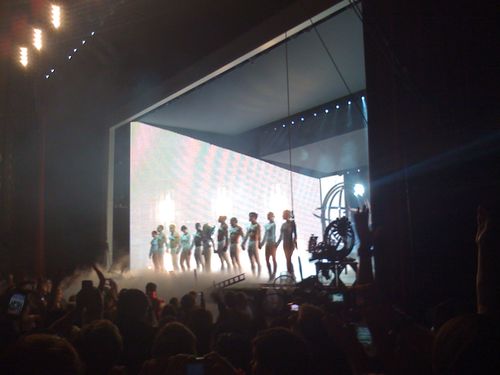 You know I have never been to a performance at The Sheldon until last night.  I had the treat of seeing Bettye LaVette in concert....and you know I had never heard of her before last night also.  What a surprise and treat to see Bettye at The Sheldon.  She is a blues dynamo!  She recently performed at Kennedy Center Honors and President Obama's Inaugural Concert.  Wow...check her out on the YouTube at the bottom of this post. 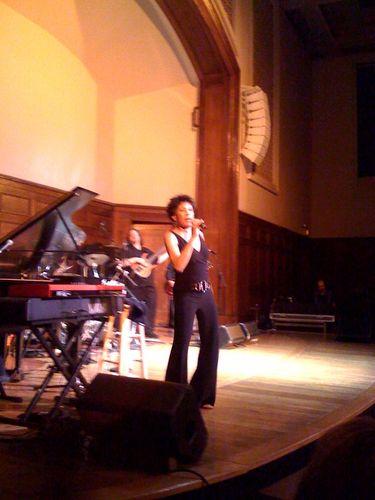